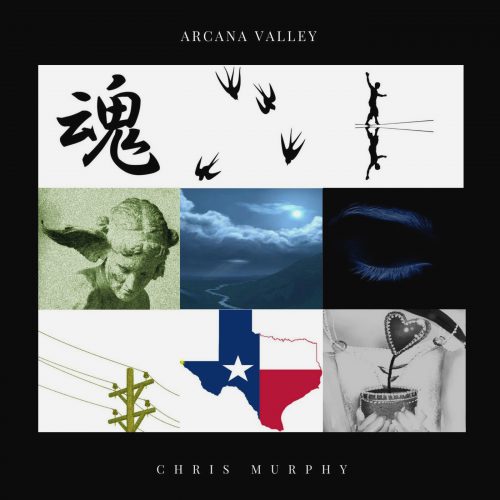 Around 2014/15, in between helping people learn guitar in Sheffield, I was playing as part of a duo that I had named Arcana Valley with the excellent Lil Gibbard, who features here on the track 'Sympathy Agent'. After a break, and with invaluable help and encouragement from friend and producer Nick Farrand, I decided that these songs really needed getting down. It was as though they were humming themselves to me in the twilight hours between sleep or perched like little birds on my shoulder when I looked in the mirror.

Well, it transpired for a few reasons that I would be doing a lot of the recording on my own, so ultimately this became a solo project with guest contributions from both Lil and Rachel Javed (my thanks in abundance). However, I was reluctant to abandon the name I had given to the act with Lil. And as I thought about it, it seemed that the events that have taken place over the last few years (births, deaths, marriages etc) were, taken as a whole, perfectly analogous to a strange, rural landscape. A mysterious valley, seldom understood. Unpredictable, diverse, and equally full of both beauty and peril.

We're all making our way through the valley. Trying to keep our chins up and eyes on the changeable terrain ahead.

Wishing you all a happy journey.

Listen to the album over on Spotify

Buy the digital album from Amazon

“The Dead & The Innocent”